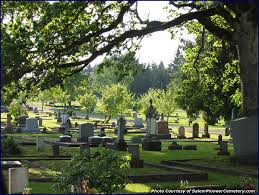 Along with parts 1 and 2, I offer five reasons why I’d rather be buried than cremated unless otherwise providentially hindered.  While not imposing my convictions on anyone else, I do hope my wife will remember them at them at the funeral home!

4.  Jesus was buried and I want be like Jesus.  This isn’t the same thing as saying Jesus wore sandals so I wear sandals, or Jesus grew a beard so I grow one (Amy wouldn’t let me be like Jesus in such case!).

Jesus’ burial is crucial to the glory of the gospel.  Jesus wasn’t merely redeeming the souls of all those who would believe, but suffered sin’s curse on the entire human condition.  As far as the curse is found.  He was buried as a dead man (1 Cor 15.4), with all the care and compassion afforded him by those who loved him (Mk 16.1; Lk 24.1; Jn 19.31-42).

Baptism displays our union with Christ as we are buried (not cremated) with him (Rom 6.4; Col 2.12).  If burial was irrelevant or unimportant then why the emphasis on being buried with Christ?  I realize this is a salvation metaphor but it’s a useful metaphor because of the reality behind it.  Jesus was buried.  The Light and Life of heaven and men (Jn 1.4) entered the darkness and death of the tomb.  And our union with him means we must die to ourselves and see our old man buried with him in that tomb (and gloriously raised with him from it!).

I want to be buried because Jesus was buried, and I’ve testified to being in Christ by being baptized into him.

5.  The bodily resurrection corresponds to the body that is buried (or “sown”). We care for the body at death because of our conviction about our own bodily resurrection.  Jesus was raised physically and corporeally from the dead; therefore, so shall we be by the same Spirit (Rom 8.11).  We don’t throw away the corpse as though it has served its purpose.  We care for it because it will be raised.

This does not mean God won’t or can’t raise cremated or incinerated or incomplete bodies.  He will indeed raise every body that has already turned to dust by whatever means.  However, we leave that up to God and, insofar as we can, commit ourselves to the care for the entire person.

Paul wrote gloriously of the resurrection in 1 Cor 15.42-49.  Throughout this passage the “it” that is buried (metaphorically, “sown” as seed that will soon sprout and bear fruit) is the “it” that is raised.  In burial, we “sow” perishable, dishonorable, weak, natural, earthly bodies knowing God will one day raise those bodies imperishable, glorious, powerful, spiritual and heavenly.

What those bodies will look like remains to be seen (I’m praying to be taller, though). We know that Jesus gave us a preview in his own resurrected body.  There will be some correspondence between our earthly and heavenly bodies but without the restraints of sin.

As a farmer plants in the spring in hope for the autumn harvest, I want to be “sown” in hope for the angelic reaping one day.  I don’t want may ashes scattered on a golf course or displayed on a mantle.  I want my body sown to the earth (from which we came) so that God will finally complete what he started.  I want to be there when the words of Ezekiel finally ring true:

So dig my grave and plant me firmly next to Amy in the churchyard soil.  Visit me often and keep it mowed tight.  Rejoice that an infinitely better me is going to come out of that grave than went in it. God’s fertilizing grace will one day bring forth a beautiful harvest to the glory of Jesus Christ: the one who died, was buried, and on the third day rose again.

But, Lord, ‘tis for Thee, for Thy coming we wait,
The sky, not the grave, is our goal;
Oh trump of the angel! Oh voice of the Lord!
Blessèd hope, blessèd rest of my soul!