Philip Bliss gave the church a treasure when he wrote the hymn “Man of Sorrows! What a Name” (1875).  There is no sweeter foretaste of heaven to hear your church belting out:

Guilty, vile, and helpless we;
Spotless Lamb of God was he;
Full atonement! can it be?
Hallelujah! what a Savior 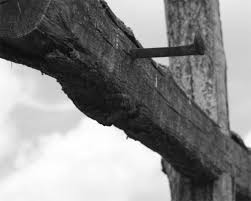 The doctrine of limited atonement has caused no small stir in the history of Christian theology.  It has caused theological tsunamis which have drowned many in confusion and enraged others.  If 2,000 years of weighty volumes written by infinitely smarter Christians has not stemmed the tide then it’s folly to assume I will.

Limited atonement (or particular redemption) is often assumed a logical inference from Scripture rather than explicit biblical teaching.  In Calvinist lingo you cannot logically spell TULIP without “L.”   We should maintain a healthy skepticism toward logical inferences in spite of clear biblical evidence. We’re not to logically conclude anything that Scripture does not intend we conclude.  Where Scripture upholds apparent paradoxes we shamelessly uphold them.  Where it leads us to solid, reasonable conclusions then we defend them.  Where it leads us to God’s mystery then we rest in God’s wisdom with the fellow ignorant travelers.

Let the record show, however, every Christian believes in a limited atonement.  If there is a real hell populated by real people in an age to come then there are necessarily unatoned-for people in the world.  The atonement is not universal because not every single person will have their sins atoned for.  Many will pay the penalty of their own sin by suffering God’s eternal wrath.  Every Christian believes this or else they are not Christian.  The question then is not whether or not the atonement is limited.  It is.  The question is who limits it and when.  When did Christ’s atonement happen and when was it considered “full” (i.e. complete, irrevocable)? Does God limit the atonement at the cross or does man limit it when he dies in unbelief?

Though we could exhaust a number passages, at least Mark 10.45 suggests that for the atonement to be “full” it must be limited by God at the cross.

Jesus prepared his disciples for a lifetime of radical servanthood by appealing to his own example:

If the Son of Man claimed no rights of privilege then neither will his followers who serve God’s kingdom after him.  Jesus did not come to take God’s ball and go home.  He came to give himself up (or be handed over) for sake of the children God gave him (Jn 6.37; 10.15; Heb 2.13).  In order for God to receive the worship he was due Jesus must first redeem a people who can and will worship him.

But what did Jesus say specifically about the atonement?  He said it would be substitutionary and particular.

It would be substitutionary in that he would give his life as a ransom “for” or “instead of” or “in the place of” (Gk. anti) many.  So rather than “many” drinking God’s cup of or being baptized in God’s wrath, Jesus would do it for them.  Whatever hell would be for every one of God’s people, Jesus would endure it on their behalf.

The atonement would also be particular.  How so?

The very idea or theme of “ransom” implies a transaction of redemption whereby two estranged parties satisfy terms of an agreement that protects someone from an otherwise just and rightful punishment (in this case, death).  See Exodus 21.29-30 where an exchange happens that liberates a person from his debt.  When the exchange happens there is no longer any debt owed to the offended party.

God created us for his glory (Is 43.7); namely, to rebound back to him eternal praise and honor for his greatness, grace and goodness.  But we’re born with hearts intent on our pleasure and glory (Eph 2.1-3).  And as soon as we’re able our hearts express themselves to that end through the members of our bodies (mind, heart, eyes, ears, arms, legs, etc.).

However, God has set a ransom price.  Those subject to the penalty can be bought out of judgment by the right person.  God will release from his wrath all those for whom a proper substitute is provided.  That proper substitute must live perfectly; i.e. giving God the honor he is due in a lifetime of joyful obedience.  And he must then suffer the just punishment for all those he would redeem.  In other words, God will get paid.  If anyone is going to enjoy the new creation with God then they must present to God a perfect record of obedience.  Someone has to meet those demands or else no one escapes eternal death.

Having set the ransom price, God himself provided the ransom payment.  He is owed a perfect life and sufficient death and Jesus went up to Jerusalem to meet that demand for all of God’s people (the “many”).

It wasn’t to Satan that Jesus paid the ransom because Satan didn’t hold the ransom note.  He doesn’t have the power to eternally condemn (see Mt 10.28).  God holds the ransom note and provides the payment himself!

Now, many would object saying Jesus died for the penalty for everyone that has ever lived.  He atoned for the sins of every single person.  But it’s up to every single person whether or not he/she takes advantage of that work.  God has done his part in crucifying and resurrecting Jesus and now he waits longingly to see who will choose to benefit from that gracious work.  In other words. if the atonement is limited it will be so by unbelieving men but not by God.

To illustrate, we could use the coupons included in your Sunday paper.  They’re sent to everyone whether or not everyone decides to use them.  Likewise, God has sent the “coupon” of redemption (the work of Christ on the cross) to every person but that’s all he can do.  It’s up to each person to decide whether or not he/she will redeem that coupon and receive what is promised in return (i.e. atonement).

But this offends the notion of ransom or redemption as it’s presented in the New Testament.  Jesus said he would give his life as a ransom, not offer his life as the potential ransom.  He is saying that a transaction is going to take place at the cross wherein God will accept Jesus as the price for those who would otherwise be damned.

God is a just and righteous God.  When the terms of atonement (redemption) are met he must, by his own name, liberate all those for whom the price was paid.  If the cross was the act of redemption (ransom) and it was according to Jesus, then God must, lest he violate his own character, release all those from their debt for whom Christ’s death was intended.  Jesus’ death was a ransom payment, not a ransom offer.  And if a payment for everyone then everyone must be released from their debt to God.

Isaiah 43.1-7 anticipates the cross, where Jesus’ life was given in exchange for the lives of all those who would later believe.  At his death (not at the point of faith) Jesus said to the grave, “Give them up!”

John Murray wrote in his classic Redemption Accomplished and Applied:

The ransom utterances of our Lord show beyond question that he interpreted the purpose of his coming into the world in terms of substitutionary ransom and that this ransom was nothing less than the giving of his life.  Redemption, therefore, in our Lord’s view consisted in substitutionary blood-shedding . . . in the room and stead of many with the end in view of thereby purchasing to himself the many on whose behalf he gave his life as a ransom” (p47).

So when exactly was Jesus’ life exchanged for the lives of sinners?  When did full atonement happen?  Consider the following sample of texts (all emphases mine):

Be on guard for yourselves and for all the flock, among which the Holy Spirit has made you overseers, to shepherd the church of God which He purchased with His own blood (Acts 20.28).

For if while we were enemies we were reconciled to God through the death of His Son, much more, having been reconciled, we shall be saved by His life (Rom 5.10).

In Him we have redemptionthrough His blood, the forgiveness of our trespasses, according to the riches of His grace (Eph 1.7).

When you were dead in your transgressions and the uncircumcision of your flesh, He made you alive together with Him, having forgiven us all our transgressions,  having canceled out the certificate of debt consisting of decrees against us, which was hostile to us; and He has taken it out of the way, having nailed it to the cross (Col 2.13-14).

Therefore, since the children share in flesh and blood, He Himself likewise also partook of the same, that through death He might render powerless him who had the power of death, that is, the devil,  and might free those who through fear of death were subject to slavery all their lives (Heb 2.14-15).

For this reason He is the mediator of a new covenant, so that, since a death has taken place for the redemption of the transgressions that were committed under the first covenant, those who have been called may receive the promise of the eternal inheritance (Heb 9.15).

We don’t activate an otherwise latent redemption.  We don’t complete the transaction of redemption when we repent and believe.  We repent and believe because the transaction was completed at the cross for the sake of those who believe.  The “coupon” was exchanged there.  Regeneration, repentance, faith, justification, sanctification and glorification are the applications to us of Christ’s completed work on our behalf.  All those for whom Christ died will at some point repent and believe with new hearts revived by the Spirit through the gospel.

Some will protest saying God would not be fair if particular redemption is true.  But God will not be praised for his ingenious plan to share or offer salvation to sinners. He will be praised for the glory of his grace in actually saving sinners (Eph 1.7).  God did more than come up with a great plan.  He actually affected that plan by exchanging the life of his Son for the children he gave Jesus (Jn 6.37; Heb 2.13).  What exalts God more: that he does some saving of everyone or that he does all the saving of some?  The apostles thought the latter was most glorious (Eph 1.3-14).

Particular atonement is not to restrain grace from anyone, but to unleash grace on those who know they’ve been ransomed: “to make known the riches of his glory upon vessels of mercy, which he prepared beforehand for glory” (Rom 9.23).

Dear Christian, God did it all! He did it all for (not because of) you!  You are not a little bit redeemed or a little bit ransomed.  You were ransomed in full at the cross and that’s why you now believe.  You are free entirely (Gal 5.1).  You are no longer under God’s thumb of wrath, but under his wing of mercy.

My sin-oh, the bliss of this glorious tho’t;
My sin not in part, but the whole
Is nailed to the cross
And I bear it no more,
Praise the Lord, praise the Lord, O my soul.
(Horatio Spafford, 1873)