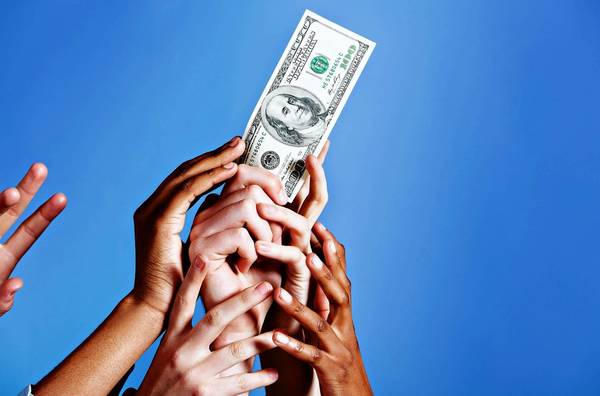 With rock star status Jesus was flanked by thousands (literally, “the myriads”) as he meandered through the Palestinian countryside (Lk 12.1).  Folks stumbled over each other for a glimpse, nugget or even piece of Jesus.  It never got to his head.

Not one to waste an audience, Jesus introduced his disciples to Greed 101.  Luke just told us Jesus was Public Enemy #1 to the self-righteous religious snots (11.53-54).  It was “under these circumstances” (12.1) Jesus now took the fight to the streets.  The people did not need new leaders, new policies or new educations.  They needed new hearts.  Greed drove the Pharisees and Mosaic lawyers.  It is what motivates the best of us.

Jesus had just emphasized God’s care for the “little man” (12.1-12).  Fittingly, a “little man” assumed Jesus would take up his cause against his money-hungry brother (12.13).  An inheritance was at stake and his older brother was hogging all the cash.  This man was just the sort of oppressed, jilted, exploited person Jesus just said God would help.  So he tattled on his brother to Jesus, expecting Jesus to command his brother to share.

Parents know this all too well.  Your 9-year-old is hogging all the cuddles with the new kitten (hypothetically speaking, of course).  The 6-year-old yells, “You’re supposed to share!  I’m going to tell on you!”  The door opens and “Mooooommmmm!”

We could imagine these two brothers leaving the funeral for the attorney’s office.  The older brother was off to the Apple Store while the younger brother said, “God says you’re supposed to share.  I’m going to tell the Rabbi!  He will tell you to share!”

Jesus rarely responded conventionally.  He was not in the position of arbitrating an estate (v14).  He was Rabbi, not an attorney or judge.  A heart-repairer, not a banker.

He was the authority on something far more important in this domestic dispute.  “Beware, and be on your guard against every form of greed; for not even when on has an abundance does his life consist of his possessions” (v15).  Whatever this bratty little brother was expecting, it certainly was not that.

This little brother really wasn’t intent on merciful justice.  He wanted his.  He wanted it now.  He’d already made the deposit on the pool while his father was on his death bed.  He needed a slice of the pie.

1.  There is more than one form of greed.  Jesus warned against “every form of” or “all” greed (v15).  Greed is not exclusive to wealthy CEOs who want more market share.  Greed, Jesus says, is equating life with our possessions.

2.  Greed is sneaky.  Jesus told us to “Beware” and “be on  your guard against” greed.  Greed doesn’t announce itself.  It sneaks into our hearts inside the Trojan horse of new gadgets, slick advertising, showy neighbors, a coveted gated community, the prestigious private school, self-esteem, or desire for acceptance and praise.  Greed will glom onto just about anything.  The junior high outcast who insists a new iPhone will break him into the “in” crowd is as greedy as the top salesman who will step on anyone to upgrade his schooner.  “For not even when one has an abundance does his life consist of his possessions” (v15).

3.  Greed is not only a vice of rich people.  Poor folk can be just as greedy as rich folk.  It is not the amount of possessions that determines greed, but the value placed on any possessions.  Whatever we think we “just have to have” or “cannot live without” has identified the crack through which greed has slithered into our life.

5.  The antidote for greed is generosity.  Contentment is certainly biblical command and gift of God’s grace.  But contentment is not necessarily not wanting more stuff.  It’s being just as happy with less stuff as with more.  Contentment is not necessarily living with what you have.  It’s being just as glad living without anything you have.  We often sensationalize Jesus’ command to cut off that right hand that causes us to sin (Mt 5.30).  What if that hand is actually a ’66 Corvette under the tarp in the garage, or next-generation iPad, or family-sacrificing overtime to pay for the ski boat, or new TaylorMade driver?

Jesus said the primary way we are “on guard” against all greed is by selling our possessions and giving to charity (v33; cf. Eph 4.28).  Choke greed off at the starting point before getting used to and soon treasuring any possession (cf. 2 Cor 9.5).  We demonstrate how much we hate greed and love God’s kingdom by our generosity.  We can measure our love for the gospel by how eagerly and generously we are a blessing to others.

Greed is not measured by how much we own or not.  Greed is measured by how we own what we have.  Are we just as happy to live without anything as with everything (Phil 4.12)?  Are the unfailing riches of God’s kingdom in Christ worth the wait?

Our family has often benefited from Christians who really hate greed.  Their generosity to us proves they really want true treasure.  As Paul prayed for the Philippians, we pray “the profit . . . increases to [their] account” (Phil 4.17).

God provides grace for the greedy by giving them something worth wanting.  He provides us Christ and “every spiritual blessing in the heavenly places” (Eph 1.3). Let’s go treasure hunting.