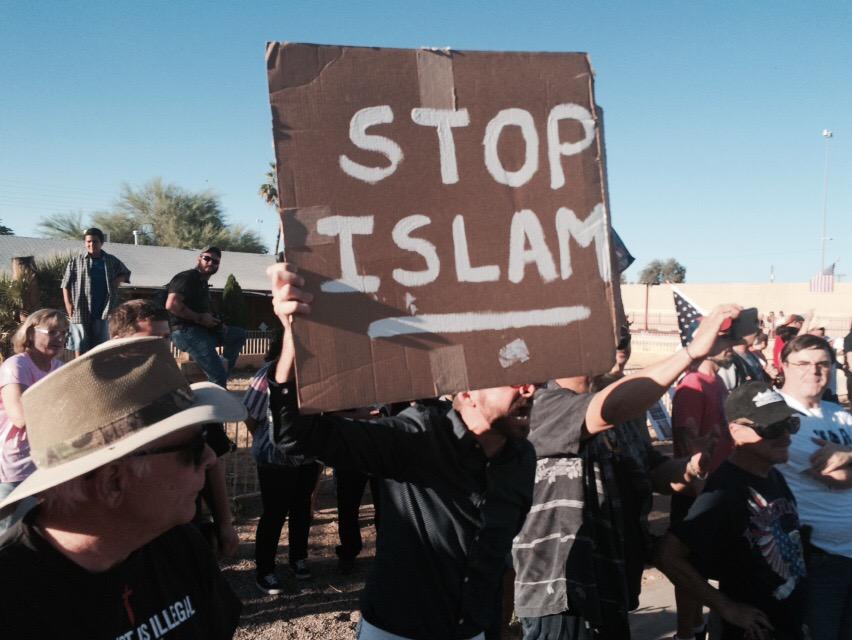 2015 is shaping up as the year of referendum on cartoons. Cartoons of Mohammad, to be exact.  It all started in January in France. Two Muslim gunmen stormed the headquarters of the satirical magazine Charlie Hebdo. They killed twelve, including several cartoonists who for years had disgraced the Prophet Mohammad with their drawings.

In May, the American Freedom Defense Initiative hosted a “Draw the Prophet” rally in Garland, Texas.  In a show of American defiance against Islamic encroachment and allegiance to free speech, some 200 people gathered to win the $10,000 prize for the winning cartoon. Two Muslim gunmen opened fire on the event.  They killed no one but lost their own lives in the process. 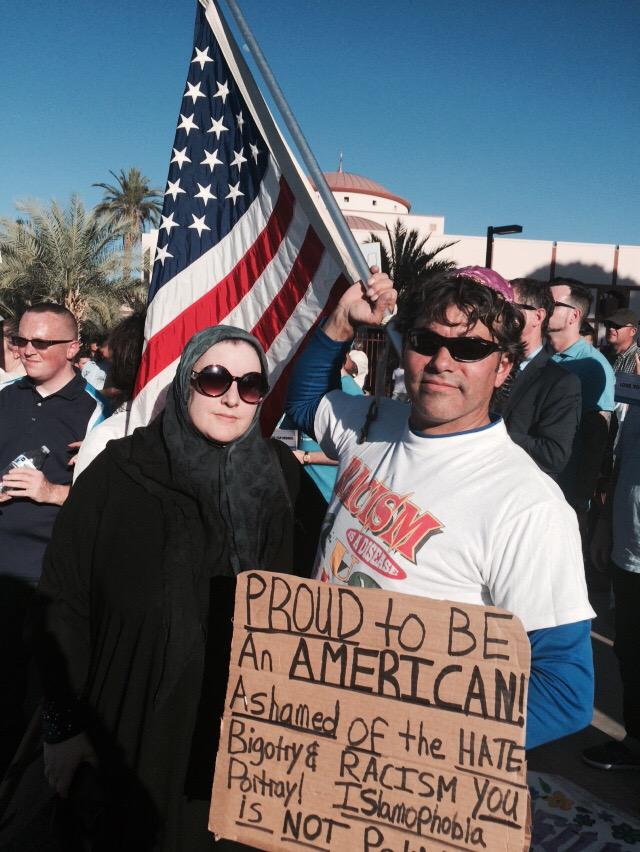 Then, on May 29, another grassroots protest swelled in Phoenix, Arizona.  The two gunmen in the Texas attack had ties to a certain Phoenix mosque.  A former Marine organized a protest outside that mosque “to expose the true colors of Islam.” One need not read between the lines when the organizer(s) said, “People are also encouraged to utilize (their) second amendment right at this event just (in case) our first amendment comes under the much anticipated attack.” In other words, bring your guns, just in case.  They dared Muslim extremists to a street fight akin to a wild West showdown.  Thankfully, the only violence was verbal.

Tension between western democracies and militant Islam are on a collision course. In fact, the worlds are already colliding.  As in pre-WWII , America and allies can backpedal only so far before having to take the offensive for the sake of justice and peace.

But there is another kingdom in the fray: the Church of the Lord Jesus Christ.  What stake does she have?  Whose side is she on?  With whom does she rally?

Some suggest the church is de facto on the side of American patriotism. She rattles her sabers side-by-side with all those who dare Muslim extremists to a fight.  The American spirit and the Holy Spirit are one in the same.  Our American approach to confronting Islam is necessarily God’s approach. Guns and God.

Others suggest the church sympathize with Islam.  We mustn’t be mean but recognize we all worship the same god even if we call him/her by different names. The church is more fuzzy than fight.  Let’s just all get along. Conversations and concessions.

In reality, while Western democracy collides with Islam, they are both together colliding against the kingdom of Christ.  The time is coming, and now is, where American Christians must “choose you this day whom you will serve” (Josh 24.15).  It will not always be easy.  Christians must be willing to be villainized by Fox News if it means being vindicated by Jesus.

The first amendment guarantees the American right to free speech.  But, Jesus restrains the Christian from exercising that right when free speech is unbecoming of his kingdom.  For the church, Christ’s government overrules American government if/when those two worlds collide.  We are Americans only for now but we are Christ’s forever.  “For our citizenship is in heaven, from which also we eagerly wait for a Savior, the Lord Jesus Christ” (Phil 3.20).  The church doesn’t thirst for retaliation but for resurrection (Phil 3.21).

So, we stand against any and all kingdoms that oppose Christ and his gospel.

We oppose Islam because they espouse the wrong Jesus.  Islam is a false religion. Allah is not Yahweh and Mohammad is not God’s prophet.  Jesus is everything (Col 1.17-18; 2.17) and we pray any and every Muslim repents from idolatry and believes in him.

We stand against militant Islam.  God will severely judge any and all those who “deport an entire population” and “pursue his brother with a sword and stifle his compassion” (Amos 1-2).  Jesus will vindicate every single Christ-loving soul beheaded in the name of Allah. Hooded Muslim terrorists may sharpen their swords and broadcast their beheadings and spout their threats, but only the God and Father of our Lord Jesus Christ is fierce (Heb 10.26-31).  They may the kill the body but “after that have no more that they can do” (Lk 12.4).

And we stand against unbridled American patriotism. The Phoenix exhibition and the like is certainly and sufficiently afforded by the First Amendment.  Although, I might argue it violates the spirit of the amendment, if not the letter.  Nevertheless, though afforded to do so by the Constitution, the church should not endorse or participate in intentionally provoking anger and daring others to hatred by bullyesque means.  The U.S. Constitution may allow us to draw cartoons of Mohammad and shout down one another, but Jesus does not.

The church of Jesus Christ never says “knock this block off my shoulder” or “just you cross this line, or else.” The church shares in opposing Islam and its atrocities, but we must separate ourselves from and denounce any so-called patriotism that foments hostility through worldly means rather than gospel weaponry. We don’t repay evil with evil, but lead with courageous, gospel-besotted peace, entrusting vengeance ultimately to God (Rom 12.17ff.).

As the world debates cartoons and caricatures, the church has a Savior “whom God displayed publicly as a propitiation in his blood through faith” (Rom 3.25).  We do not draw cartoons to defend our First Amendment rights.  We “preach Christ crucified” (1 Cor 1.23) to defend our heavenly country (Heb 11.13-16).  Maranatha.