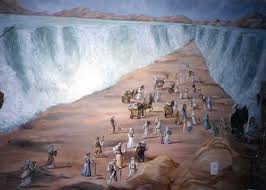 We all love a good miracle, don’t we?  Honestly, I can’t say I’ve ever witnessed a miracle in the biblical sense.  I’ve seen God provide in remarkably timely ways.  I’ve seen God use the ordinary means of grace in powerful ways.  I’ve known God to act in ways that leave me saying, “There are no coincidences.”  In those cases, perhaps throw around the word “miracle” for lack of a better word.  But I’ve never seen God suspend the laws of nature or violate the space-time continuum (the substance of biblical miracles).

But, is the Christian life the constant quest for the miraculous?  Listening to many television preachers and singing many modern songs might lead us to think it is.  God is always on the verge of the miraculous.  He’s waiting to do a miracle for you.  We should always be expecting God to “breakthrough” with another Red Sea spectacle or gravity-defying feat.  Keep watching.  Keep praying.  Keep singing.  God is afoot.

What exactly is God doing in and for his people while he’s not doing miracles?  Is God’s power only known through the miraculous?

Before fleshing out some thoughts on those questions I offer a few presuppositions:

With all that said, and while God may still do miracles somewhere sometime (in the biblical sense), they are not to be considered normal occurrences in the Christian life. Whether a cessationist or not, Scripture simply doesn’t lead us to expect a life full of miracles.  (A guy who’s never seen one would that say that, though!)  Rather, we are to expect a life of ordinary grace to love, forgive, serve while we wait for The Miracle.

First, there were only four eras in which miracles were abnormally clustered: the Exodus, Elijah/Elisha, Jesus’ earthly ministry and the apostolic era.  There were obviously occasional miracles in other times, but they were not common.  God didn’t always divide rivers or raise widows’ sons.  During these four eras, however, miracles were regular occurrences serving as unequivocal confirmations God had radically advanced redemptive-history.

Biblical history also demonstrates that more miracles does not equal more faith.  Yesterday’s miracle regularly become today’s entitlement.  In fact, Jesus even said a ghost wouldn’t convince anyone to believe in the painful reality of hell (Lk 16.30-31).  If God’s word wasn’t enough then poltergeists were irrelevant.

Whatever you believe about miracles, the scope of biblical history suggests God used miracles sparingly, albeit convincingly.

Second, the New Testament presents a Christian life marked more by joyful suffering and hopeful pain than anything else.  In fact, God has granted that they suffer well so the world will know Jesus is absolutely worth it (Phil 1.20; 1 Pt 4.19).  Jesus creates a people who live like strangers and aliens (1 Pt 2.11).  They are not marked by how many miracles happen to/among them, but how many don’t and yet they still believe, hope and rejoice in Christ (the point of Heb 11.32-40).  In this life we groan under the weight of a dead body (Rom 8.6) but groan in hope that The Miracle is in the cosmic queue (v11).

Followers of Christ serve a King they have seen only through eyes of God-wrought faith in the gospel (2 Cor 4.6; 1 Pt 1.8).  Christians do not clamor for the “seen” but look intently at the “unseen” (2 Cor 4.17-18).  They do not need to see any miracles.  They walk by faith, not by sight (1 Cor 13.12; 2 Cor 5.7).  They don’t need a daily showing of God-tricks because they have the Trinity taking up residence inside them (Jn 14.23)!  Have we become so bored with the ordinary means of grace that we need God to perform feats of strength to know his love and power?

God has not promised a life full of miracles, or even any for that matter.  He has promised to unite and sustain his people through faith in his word.  He will confirm his unrivaled power to his people through their otherworldly love for and mercy toward one another.  They are peculiar because they unrelentingly proclaim the excellencies of Christ through the gospel (1 Pt 2.9-10), not because they constantly experience miracles.  They are strange because they will die believing Jesus has overcome the very world that kills them (Jn 14.33).  God has not promised his children miraculous immunity from tribulation, distress, persecution, famine, nakedness, peril or sword (Rom 8.35).  In fact, he is more likely to prescribe them!  He has promised that not even those things will deter their faith in his love for them.  Jesus will be just that precious to them.

It’s no real feat to shock people with a miraculous show of power.  But only God can create a people who die

in faith, without receiving the promises, but having seen them and having welcomed them from a distance, and having confessed that they are strangers and exiles on the earth.  For those who say such things make it clear that they are seeking a country of their own (Heb 11.13-14).

I do not suggest we shouldn’t pray for a move of God’s extraordinary power.  There will be times when God grants an unusual measure of faith that prays with the lid off.  But for the most part, God will insist on being “all our hope and stay.”  He will not always keep the cancer in remission.  He will not always divert the drunk driver.  He will not always put a check in the mail.  He will not always move his pinky finger to overturn worlds.  We are to prepare well for death, proving our hope in the work of Christ in the new creation.

So I don’t need a miracle as much as I need the Holy Spirit, through his ordinary means of grace (Scripture, prayer and the church)  to convict me, of indwelling sin, compel love for my neighbor and loosen my grip on stuff.  Therein lies the miracle, at least for now, while we wait for The Miracle.

Although, if anyone might be able to heal some arthritic knees then I am willing to reconsider.