“For in Him all the fullness of Deity dwells in bodily form, and in Him you have been made complete, and He is the head over all rule and authority; and in Him you were also circumcised with a circumcision made without hands, in the removal of the body of the flesh by the circumcision of Christ; having been buried with Him in baptism, in which you were also raised up with Him through faith in the working of God, who raised Him from the dead” (Col 2.9-12). 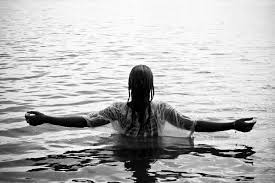 Christian baptism is really important.  It is so important “Paul uses water baptism as a shorthand for conversion, for a whole complex of events is associated with baptism: trust in Christ, reception of the Spirit, confessing Jesus as Lord, justification, adoption and so on” (Tom Schreiner, New Testament Theology, p729).

In a 1998 article in Southern Seminary’s Journal of Theology, Bob Stein noted “five integrally related components” of conversion: repentance, faith, confession, regeneration (giving of the Holy Spirit) and baptism by the Christian community.  He then masterfully documented throughout Acts that some or all are always present.  And we should assume them all even if one or more are not mentioned in matters of conversion.

Christian baptism is really important.  The apostles considered it as much a part of what it meant to be converted as any other element.  At the first clear sign of faith there was baptism.  It was and is the way the church welcomes into her fellowship those considered repentant, believing, regenerate, Spirit-filled Christians.

“He saved us, not on the basis of deeds which we have done in righteousness, but according to his mercy, by the washing of regeneration and renewing by the Holy Spirit” (Titus 3.15, italics mine).

For Paul there was an inviolable connection between the washing (of baptism) and regeneration and Spirit renewal.

This begs the question then: is baptism necessary for salvation?  Stein answered,

A couple of illustrations help us.  Assume you are driving in your car and happen upon John MacArthur’s radio program.  He is preaching the gospel and your are suddenly converted (you are awakened to your sin and dependence on Christ).  You are so excited you have to post it on Facebook with your phone.  In your excitement you lose control of the car and die colliding with a telephone pole.  Will you go to heaven?  Yes, but that falls under the second sort of Dr. Stein’s categories and is not the normative expression of conversion.

While the act of baptism does not technically save you, it is nevertheless part of what it means to be Christian.  Baptism is wrapped up in the normative process of repentance, faith (see Col 1.12), confession and regeneration.  It is, as Dr. Schreiner said, “shorthand for conversion.”

Obviously, we consider any and all of those things part of what it meant to get married.  Any one part of it could stand in for the whole so we might answer “We said ‘I do’ on August 16, 1997.”  Or, “We became one that day.”

The same holds true for baptism.  It’s part of what it means to be Christian and can stand in for the whole process of conversion.  The apostles regularly made baptism an integral part of Christian conversion (Acts 19.1-7; 1 Cor 1.13; 1 Pt 3.21-22).  In fact, they considered it part and parcel of what it means to respond to the gospel (Acts 2.38).  It is certainly a more biblical “shorthand” than walking an aisle or “going forward” or “making a decision.”  We have spent 200 years calling people down an aisle, but the apostles died calling people to the death wish of Christian baptism.

Baptism is the public profession declaring one’s union with Christ and the church.  Baptism is not merely a “symbol” or even the first act of obedience after being saved.  No one was ever baptized like Christ but always into him.  It summarizes what it means to be saved altogether.  It also renounces all rights to self-rule and submits one’s life to the scrutiny of the church and witness of the world.  In baptism, we tell everyone to treat us like a Christian now.  And no church should baptize anyone they are not willing to discipline.  Likewise, no one should be baptized who is not willing to be disciplined by the church.

Just as marriage assumes there a public declaration and accountability, Christian salvation assumes baptism.  May we Baptists recover baptism in all its intended glory.  In trying to avoid baptismal regeneration we have thrown the baby out with the baptismal water.  And if we insist on aisles to walk, let’s ensure they lead straight to the baptistery where the Spirit washes us clean.

Part 2 will consider specific biblical contexts in which baptism is necessary for our ongoing enjoyment of and endurance in Christ.