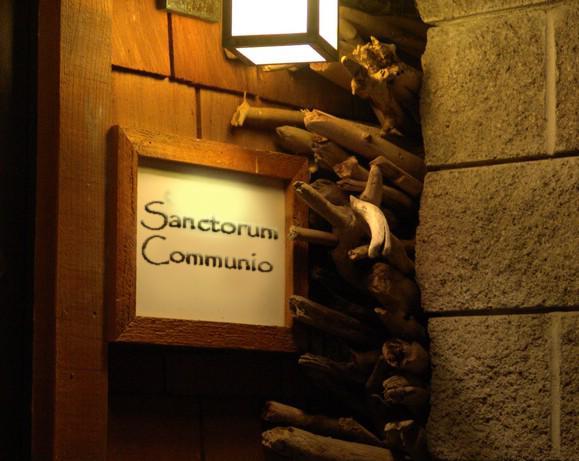 “Take care, brethren, that there not be in any one of you an evil, unbelieving heart that falls away from the living God.  But encourage one another day after day, as long as it is still called ‘Today,’ so that none of you will be hardened by the deceitfulness of sin.  For we have become partakers of Christ, if we hold fast the beginning of our assurance firm until the end” (Hebrews 3.12-14).

One thing is clear about this text is that Christian assurance is a community project.  One of the fundamental means of our assurance of salvation in perseverance in the gospel is the (local) church.  Every one of us is responsible to every one else of us (Rom 12.5).  That  fact hasn’t changed in my mind, but the application of it in the biblical community has.

Before now my sense of the text was one that created a Christian police-state.  Like elementary school nuns, each of us wields our rulers so as to snap everyone else into submission.  We see to that none of us has an evil, unbelieving by constantly pointing out how close someone is to sin and how quickly they should flee it.  “Watch out for this!”  “Watch out for that!” “You dare not step that way; in fact, I’d be careful of stepping anywhere because you just may fall away from the living God!”  Before long, our whole energy is spent terrified of the ubiquitous evil, unbelieving heart rather than assured of Christ.  We grow spiritually paralyzed and unfruitful.

I am not suggesting there is no place for exhortation or warning in biblical community.   There are sins to flee and flee we must.  When a brother or sister eyes the precipice of apostasy we must warn them and command their return with all spiritual force.

But it seems like the normal, day-to-day remedy against the evil, unbelieving heart is encouragement (v13).  The way we guard one another from an evil, unbelieving heart is not necessarily, but certainly not always, scaring each other away from sin.  Rather, we encourage one another toward Christ of whom we’ve become partakers (v14).  The hardening, deceiving effects of sin are powerless in light of the gospel and what God has done to make us part of Jesus.

The word translated “encourage” combines two Greek words: para (alongside) and kaleo (call).  It carries a far more positive tone than that of “warn.”  Taking care of our brothers such that they avoid an evil, unbelieving heart is not hollering from distance, “Hey, you’d better not do that!” or “Hey, don’t go there!”  Helping our sisters from sin’s hardening and deceiving effects is not sitting in the stands telling them where not to run.  It means coming alongside them, sharing in the same call of God to Christ.  It means coming alongside, holding up the precious value of Jesus so that we’re overcome by his glory rather than abject fear.

Imagine explaining someone directions to your house by telling them where they’re not supposed to turn.  Would they ever be quite sure they’re on the right road?  Would they ever have confidence that they’ll get to the right destination?  Holding fast the beginning our assurance firm until the end (v14) isn’t gauged by how much sin we’re always avoiding.  In fact, organizing our life around not sinning will most often lead to prideful, self-righteousness.

The measure of our assurance is gauged by how precious Christ is to us.  For example, assume a Christian brother is addicted to pornography and we don’t want to ruin his marriage. We could, and probably should, warn him from any practical avenues to it.  We could, and should, say, “Stop doing this or you’ll lose it all.”  But, it’s not that easy. He must be thrilled by a greater beauty than the centerfold.  His heart must be won to another “model.”  So, we come alongside him and say, “Stare at your wife.  Contemplate what God has done to unite you two.  Consider that she still puts up with you.  Consider that she is the one who has been with you through hell and back, while that airbrushed fantasy doesn’t care that you exist.  Consider this woman who has given you everything.”  Stopping the sin doesn’t necessarily stop the hardening of the heart.  But, contemplating grace does.

In contemplating Christ and his beauty our hearts are necessarily softened.  I am far more helped away from an evil, unbelieving heart by being “called” again and again to Christ and the gospel.  God has made us partakers of Christ and what better deterrent from sin than to see God’s glory in the face of Christ (2 Cor 4.4-6).  Yes, I should be warned early and often, but that warning must come through the whispers of my brothers rather than a megaphone from the sidelines.

As our gaze is constantly fixed more and more on Jesus, we find entangling sin coming unraveled from our feet (Heb 12.1-2).  We lay aside our sin by focusing our attention on our Christ, of whom God has made us partakers.  The ultimate reason we avoid sin is not because how bad it is, but because how great Christ is (Rom 6.20-22).

So before we feel the urge to call out and announce a brother’s sin in the name of keeping him from an apostate heart, let us first come alongside and help his gaze Godward. Rather than sit in the bleachers telling him where not to run, let’s enter the race beside him so that he not get distracted from Jesus.  Compel him to what God has done in Christ for sinners, sinners just like us.  We are sons, not slaves.  And Christ is a faithful Son over God’s house, whose house we are (Heb 3.6)!  In light of that, how can we harden our hearts?