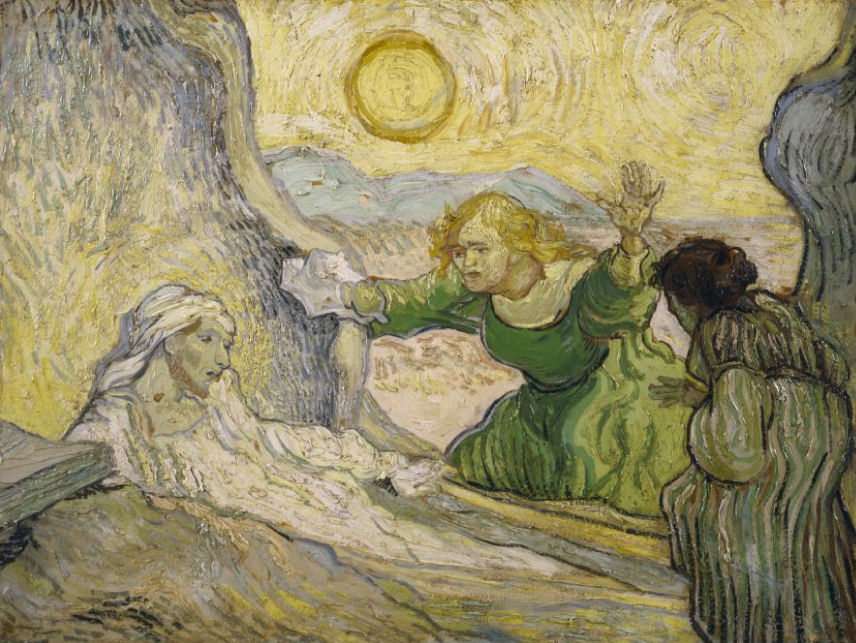 In Jesus was life.

We might say something similar, ironically, at a funeral.  Our friend lived vibrantly, spontaneously, infectiously.  Our relative had such “life” about them.  They lived life to its fullest.

But not really. They did not live necessarily.

John did not mean what we mean when eulogizing someone.  John meant Jesus possessed life inherently. Jesus is life.  Life is because Jesus is.

Our life is at all times derivative.  Always dependent.  It begins because two would-be parents decide to procreate (or at least to do what is required for it).  Even then there are no guarantees. They do not command life, much less your life.  Lustful teenagers often get life they don’t want.  Hopeful aging couples often don’t get life they desperately want.  We are all at the mercy of the Lifegiver.

We do not wake up each day because we will to live.  Our life depends on sustainable, habitable conditions that support life.  Despite how strong our will to live might be, take those conditions away and we can’t live.  We simply can’t choose to live on Mars (or anywhere else we want) because we do not possess life inherently.  We necessarily depend on certain conditions, atmospheres and climates.

We can’t die at will.  We can’t command our heart to stop beating.  Even “taking our own life” requires something or someone outside of us happening to us.

We can’t command our own deaths any more than we commanded our own life. We often plead that a loved one finally “let go.”  They can’t.  They can’t decide to die because life isn’t theirs in the first place.

Jesus did not want for self-righteous enemies.  Conspiratorial whispers swelled into outright murderous thuggery (Jn 11.53).  Was he scared?  Should his followers worry?  Should he hire a security team?  Would he lie low in a safer region until the hostility blew over?

He’ll determine if and when he died.  Not a second sooner or later.  No need to worry.

After a night of grueling Roman barbarity Jesus hung naked on a cross for hours.  Bleeding out. Suffocating.

After draining the last drop of hell he “cried out with a loud voice” the anguish of Psalm 22.1 (cf. Mk 15.34). People within minutes of certain death do not cry out with loud voices.  They gasp for breath only to mumble unintelligibly.

But not Jesus.  In him was life.  And the One who owns life necessarily dies in strength.  Death did not happen to Jesus.  Jesus happened to death (Rev 1.18).

And after all of heaven turned its back on him he said, “It is finished” (Jn 19.30).  He bowed his head and gave up his spirit.  He gave up his spirit.  Jesus did not succumb to his injuries or let death run its course. Death didn’t rule Jesus.  He rules death (Rev 20.14).  Jesus chose to die for us.

Pilate dispatched his goons to break Jesus’ legs. Sabbath supper was on the table and they needed to get this over with.  But they found Jesus already dead (Jn 19.31-33).  Not one of his bones would be broken, mind you (Ps 34.20).  Even in death Jesus outmaneuvered Pilate and his kneecap breakers (cf. Jn 19.11). In him was life.

At Lazarus’ tomb Jesus took Martha to school.  “I am the resurrection and the life; he who believes in me will live even if he dies, and everyone who lives and believes in me will never die” (Jn 11.25). And minutes later Jesus “cried out with a loud voice, ‘Lazarus, come forth!'” (11.43).  Not even a decomposing Lazarus (v39) could resist recomposing when the One-in-Whom-Was-Life commands him to live.  The mourners witnessed a preview of Jesus’ own resurrection, which itself would preview ours (Rom 8.11).

Lazarus lived because life was in Jesus.  Jesus was preparing them and us for what Ezekiel had prophesied: Everything will live where the River goes (Ezek 47.9; cf. Rev 22.1ff.).  And that Life is the Light of men (Jn 1.4).

No need to worry.