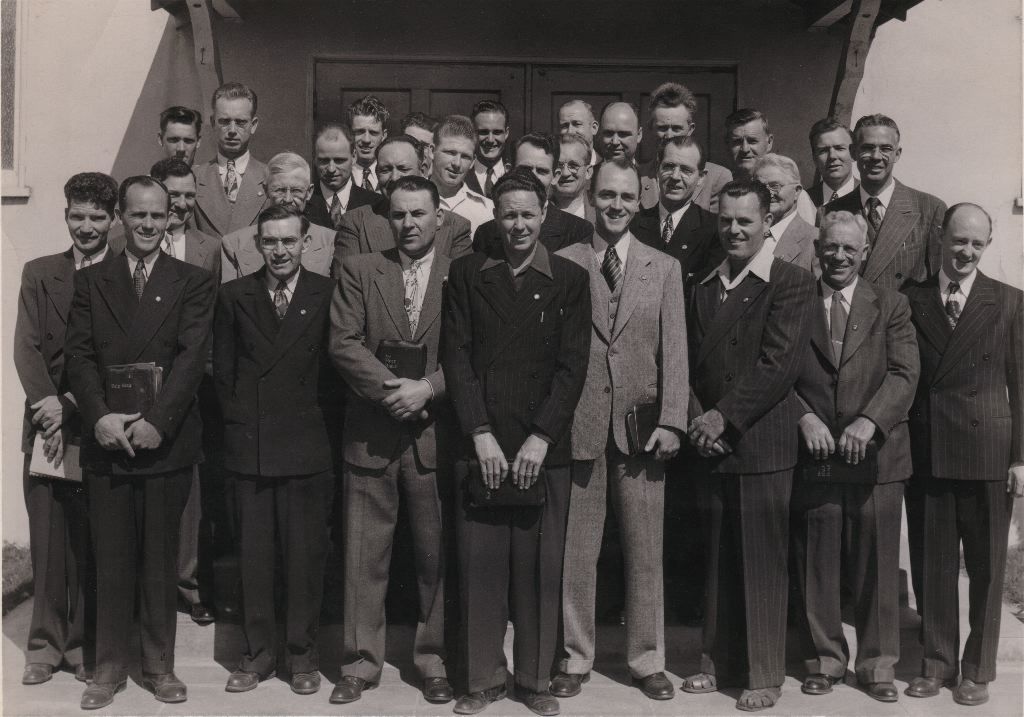 Father’s Day in 2013 meant church with Dad.  Church with Dad meant a morning spent with the men of Adult 7.  (For all you hipster pub types, that’s how churches named Sunday School classes before there were small groups, cell groups, community  groups, life groups, and missional communities).  I thought I was doing Dad a solid by flanking him in Sunday School but the reverse proved true.

By the way, there is no Adult 8.  Not one man in Adult 7 will be surprised if he attends the funeral of any one of them he saw last Sunday.  They’re used to the probability one of them will not be there next week, or ever.  I don’t know if there was an intentional correlation between the biblical number of completion and Adult 7 but the shoe fits.

The men of Adult 7 shot really big guns at really bad people for a really long time.  They have buried wives (maybe two) and children.  They’re proud pall bearers.  And they are still humbled by the grace of God to them.  They can tell war stories but would rather tell you about Jesus.  They have earned every wrinkle and every ounce of our respect.

These are men.  Christian men.  Men who started together in Adult 1 still meet faithfully together now six decades later. The church, in all its so-called wisdom and innovation, has passed them by.  Or perhaps passed them over.

One room church buildings have given way to children and youth wings with strobe lights, plasma screens, foosball games, coffee bars and gut-rattling speakers.  Meanwhile, Adult 7 happily sits tucked away in an unadorned room on the second floor.  Their Bibles and Sunday School quarterly open on their laps just like  they’ve done the last sixty years.  They pray for the litany of doctors’ visits, their newly-widowed friends, and the salvation of children and (great)grandchildren.  They ride an elevator to their class now but they still run the race.

The men of Adult 7 can’t hear very well.  They walk slow.  They hobble along in their creased, high-waisted pants.  Their Bibles and bulletins in one hand and canes in the other.

These are men.  Christian men.

These are men who smile and have conversations.  Their legs may be weak but their handshake as firm as ever.  They look you in the eye and greet you in the Lord.

They still wear their coats and ties because that’s what men like them do.  The men of Adult 7 still fill out their offering envelopes.  They still use their tattered KJV Bibles with decades of notes scribbled in the margins and obituaries as bookmarks.  Bible on a phone?  Who needs that?

The men of Adult 7 don’t care about blog posts, Facebook or who’s tweeting what about whom.  They care about eating breakfast together Tuesday at the local greasy spoon.  They know the precious value of Christian brotherhood and how quickly it comes to an end.  For these men social media is sipping a hot cup of coffee with his friends.

In The Abolition of Man C.S. Lewis wrote, “We make men without chests and expect from them virtue and enterprise.  We laugh at honor and are shocked to find traitors in our midst.”

The men of Adult 7 are men with chests.  They are men of honor.  They are not perfect.  But they are men.  Christian men.

And if you have any sense about you then you don’t run your puny mouth in Adult 7.  You sit.  You watch.  You listen.  You learn.  You don’t make fun of these men; you aspire to be like them.

We need less catering to pre-teens, tweeners, teenagers and singles.  Our baptized theatrics, youth camps, guitar riffs and conceited decisionism make very few men with chests.  We create spoiled consumers who think the church exists to entertain them and will bolt when the excitement fades into Christian adulthood.  We make few 60-year churchmen.

Many say the “youth” are the church’s future and we must therefore do everything to keep them interested in church, whatever the cost.  Perhaps we should lock the door to the youth wing and make every student sit in Adult 7.  They will learn Christian maturity does not come with platitudes or pretension but with a scarred, weathered, hardscrabble life of faith in Christ.

Say what you want about all the so-called progress the church has made.  In the end, this youth aspires to be a man worthy of Adult 7.