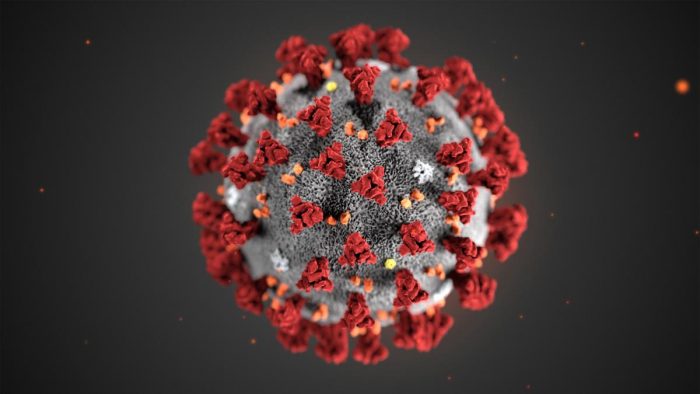 Every now and then God interrupts our regularly-scheduled programming in a dramatic way. He does so most often on a micro level reminding us He Is. A layoff at the factory. Cancer in a family. A tornado through town. A collision on the highway.

Life goes on for the rest of us.

But every so often God twitches an extra finger and grabs the world’s attention. A new dictator. A ballistic missile. A world war. An international treaty. Two planes for two Towers. A celebrity’s helicopter crash.

Most of the world won’t notice God in their periphery. We are the gods and will fix it. We’re called to arms, not knees. We should be hiding from one another for protection, not God. Relax, we’re told, a coronavirus isn’t about God’s judgment or the end of the world. It’s about hygiene, advanced medicine, antibiotics, social distancing, and political savvy.

Considering what Jesus taught us, what else could it be? We’ve been in the last days for 2,000 years. Christ’s death, resurrection, and ascension started the timer on the clock John saw ticking since he last time saw Jesus (Rev 2-3; cf. Acts 2.17). And every event in every life in every place testifies to The Last Day.

For the last two millennia, God has been testifying, in massive ways and microscopic ways, to Jesus’ sovereign rule over all things. No matter how hard we try, we can’t stop sinning or dying. We can’t even stop the flu. There is only one person in all the universe who has conquered sin and death. Before him alone will we stand, responsible for every word, thought, and deed (cf. Acts 10.42; 1 Pt 4.5).

For we must all appear before the judgment seat of Christ, so that each one may be recompensed for his deeds in the body, according to what he has done, whether good or bad (2 Cor 5.10).

When you rule death itself you earn the universe’s highest allegiance. There is nothing he cannot obliterate to prove we are powerless before and responsible to him. He will save us, but only if we stop trying to save ourselves.

God, after He spoke long ago to the fathers in the prophets in many portions and in many ways, in these last days has spoken to us in His Son, whom He appointed heir of all things, through whom also He made the world (Heb 1.1-2).

We shouldn’t be embarrassed to call this coronavirus an apocalyptic event. In fact, we rejoice to do so.

Jesus said the last days would be marked by wars, disasters, political animosity, exploitation, false prophets, increasing lovelessness, and Christian persecution (Mt 24.1-14). Pseudomessiahs will promise to save us and many will believe them. Does anything better summarize the last 2,000 years?

Writing in the AD 60s, Peter “reminded” his readers of what had been true since he last saw Jesus:

This is now, beloved, the second letter I am writing to you in which I am stirring up your sincere mind by way of reminder, that you should remember the words spoken beforehand by the holy prophets and the commandment of the Lord and Savior spoken by your apostles. Know this first of all, that in the last days mockers will come with their mocking, following after their own lusts, and saying, “Where is the promise of His coming? For ever since the fathers fell asleep, all continues just as it was from the beginning of creation.” For when they maintain this, it escapes their notice that by the word of God the heavens existed long ago and the earth was formed out of water and by water, through which the world at that time was destroyed, being flooded with water. But by His word the present heavens and earth are being reserved for fire, kept for the day of judgment and destruction of ungodly men. But do not let this one fact escape your notice, beloved, that with the Lord one day is like a thousand years, and a thousand years like one day. The Lord is not slow about His promise, as some count slowness, but is patient toward you, not wishing for any to perish but for all to come to repentance. But the day of the Lord will come like a thief, in which the heavens will pass away with a roar and the elements will be destroyed with intense heat, and the earth and its works will be burned up (2 Pt 3.1-10).

Mockers lampooned the idea of Christ’s return a mere thirty years after he ascended. Peter commanded the church to eschatological vigilance, to the “one fact” of God’s imminent judgment. If we ever think God would not or could not judge the world with a wink and a word, we need only remember the Flood. Therefore, do not get sleepy or distracted. Do not dismiss latest events as if they do not testify to the Lord’s imminent and righteous judgment.

The end of all things is near; therefore, be of sound judgment and sober for the purpose of prayer (1 Pt 4.7).

Peter finally learned the lesson Jesus tried to teach him thirty years prior (cf. Mk 14.37-38). The end is near. Stay alert and prayerful.

In Revelation 18, John saw the destruction of Babylon — the Great Whore that prostitutes the good life fancily dressed as ego, fame, sensuality, materialism, power, greed, consumerism, and wealth. Who needs Jesus and cross-bearing when you can have it all without all the suffering and self-denial? The Church stands in her way and she’s been seducing Christians for 2,000 years. She’s an invincible queen using force or flattery to bed her idolatrous suitors (v7).

The day will come when Jesus whispers a word to bury Babylon for eternity. All the kings, merchants, and mariners will watch it burn. They will be eternally shocked when everything she promised them is gone in an “hour.” It all appeared so permanent, so invincible.

We appeared permanent and invincible. She said there was nothing we couldn’t buy our way out of, no satisfaction we couldn’t copulate our way to, no happiness we couldn’t manipulate others to have. She promised us freedom and equality. And now we realize we were slaves the whole time. She said she was god and would save us, but there she is: a smoking pile of hideous garbage. We blinked and it’s all gone.

A virus in one Chinese city is collapsing everything we thought stable. In a proverbial “hour,” hundreds of thousands of people are infected. Cases and deaths are doubling and redoubling and we can’t quickly catch up.

In what seems like a minute by comparison, 30% of American hard-earned wealth vanished. One wrong word from the White House plunges markets into a death spiral. In a mere two weeks, we’re strategizing about toilet paper and sandwich meat (see Rev 6.5-8). What we considered the world’s most sophisticated medical system with the world’s finest doctors now scramble for supplies and personnel. Industries we thought the “backbone” of the American dream reel and stagger from this nightmare.

Nations rattle their sabres, tout their nukes, hawk their innovations, claim their power, demand our fear. Now, all crippled by a germ. The supposed protectors of our comfort and well-being are proving to be a mirage. The moral of this 2,000-year-old story is we are not in control and never have been. We never beat anything. Yet, should Christ tarry a little longer, most, like Pharaoh, will pridefully and ignorantly double down on their arrogance (cf. Rev 16.8-11). We’re dealing with bacteria, not certainly God.

Whether or not this virus is the last straw, it is nevertheless a straw. COVID-19 is most certainly about the end of the world. There is no vaccine against his judgment to come. God has spent 2,000 years giving us sneak previews of that. But he’s also proven his patience toward us. There have been no lack of “next times.” We should heed God’s warning this time and trust his Christ before we socially distance ourselves forever.