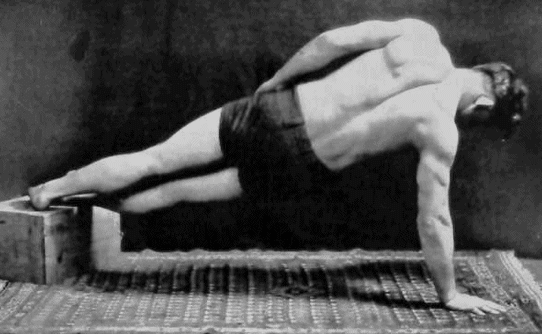 “I can do all things through Him who strengthens me”
(Philippians 4.13)

We love Bible verses that seem to amplify our abilities.  I love anything that tells me I have greatness inside me.  And if God himself tells me I can shoot for the stars then, well, who is to argue?  If Jesus strengthens me to do “all things” then the sky’s the limit on what I should expect and achieve.

Certainly, we all crave encouragement.  I want my sons to pursue excellence, work hard, set lofty goals, have high ambitions.  I want them dreaming honorably and cultivating “can do” attitudes.  Whether it be a broken mower or broken life, I don’t want them to give up.  But I also don’t want them to think Jesus stands at their beck-and-call to serve their every desire and effort.

Many of us wield Philippians 4.13 as if it promises feats of strength.  We assume “all things” means achieving the highest success, lifting the heaviest rock, getting that promotion, beating that cancer.  If God strengthens me to do all things then he is obliged to prosper whatever I set my mind to do.  God is all about my fame, comfort, exaltation and accomplishment.

Is that what Paul confessed in the context of Philippians 4.13?  Did he mean we could do the impossible if we rely on Jesus?  He was, after all, in prison (1.12-14).  And God has broken Paul out of prison before (Acts 16.26).  Did Paul suggest he could break out of prison because Jesus strengthened him?  No one need to worry, Jesus would strengthen him to go free.

In the immediate context (vv10-20), Paul commended the Philippians for their generosity.  Prisoners in Paul’s day did not live in state penitentiaries supported by public tax dollars.  He depended on the support of his friends, family and churches.  Paul especially benefited from the substantial support of the Philippian church.

Whatever the amount of their gift, it was “in full” and an “abundance” (v18).  And this was not their first gift (vv15-16).  Paul said the Philippians Christians were the only church to support him at the time.  In bringing another substantial gift the Philippians were in fact offering a sweet-smelling, well-pleasing sacrifice to God himself (v18).

But as much as Paul appreciated their support, he made sure they knew he did not worship their gift.  He had “learned” to be content whether he had nothing or had everything (v11).  In other words, he loved and preached Christ all the same whether he ate from a can or at a buffet.

Paul spoke of his contentment as having learned a “secret” (v12).  Indeed, it is a secret.  He was not thrown off by “humble means,” “going hungry,” or “suffering need” any more than “prosperity,” “being filled,” or “having abundance.”  As much as Paul appreciated the Philippians’ gift and hoped they would eternally benefit from it (v17), he was not in any spiritual jeopardy either way.  Paul would not be tempted to worship and depend on abundance.  And he would not be tempted to despair and distrust for lack.  His ministry would not be defined by how much he had or not.  His ministry was defined by Christ’s righteousness through faith (3.9).

When Paul says he could do “all things” through (or “in”) him who strengthened him, he was referring to a secret, otherworldly contentment. He could just as well live in poverty as in prosperity. He could just as well preach Christ in a prison as in a palace.  By “all things” he didn’t mean he could accomplish great feats and scale the heights “in Jesus’ name.”  He didn’t mean capturing the world’s attention by death-defying, jaw-dropping miracles.  He meant he could go hungry with as much strength as eating well.  He gladly aspired to poverty as one might aspire to prosperity (cf. 1 Cor 4.11-13).  He could “do” famine and “do” feast.  He could do all things without being derailed from preaching Christ.

It takes as much strength to suffer need as it does to handle abundance.  In fact, Paul suggested it takes more strength to go hungry than to be filled.  Even further, Paul devoted his life to knowing “the fellowship of [Christ’s] sufferings, being conformed to His death” (3.10). Paul might well have said the more he suffered then the more he was like Jesus.  Everybody “praises Jesus” when the belly and bank account are fat.  Contentment is easy when we’re “amply supplied.”  But what sort of strength is needed when the cupboard and coffer are slim?  Everyone wants to be like Jesus when Jesus is wearing Armani, eating lamb and drinking chardonnay.  But what strength do we need to be like Jesus when he is homeless, naked and hungry?

Why would Paul begin v14 with “nevertheless” (Greek, plen)? He did not say, “I can do all things through him who strengthens me, and now your gift will help me reach my dreams.”  He said, “I rejoice that you’ve remembered me again.  But, you must know I would have been just fine either way. My ministry was not in the least bit threatened by lack, but I’ve learned to be content. To live is Christ and die is gain (1.21), so I am dead to the world and alive to Christ no matter what.”

Then, we read “nevertheless” (not “so” as if their gift was the reason he could now do more than he was already doing).  Paul knew what he said in v12 could lead the Philippians to think he was indifferent to their gift.  If he was just as content without it as with it, then what were they to make of their generosity?  Paul stressed their gift would be God’s means to profit and bless them more than himself.  Their gift did help Paul at one level.  But, it would eventually be used up.  At another level, though, their gift was about God’s glory and riches in Christ (v19).  And in that respect, it would never be used up.

Let’s be careful of our “pet” verses. Philippians 4.13 is not about achieving greatness with Jesus along for the ride. It’s about just the opposite. As much as anything, doing “all things” means going hungry and suffering need for the sake of Christ. Are you ready to be strengthened for that prospect? If so, let’s put down those barbells and take up our cross.