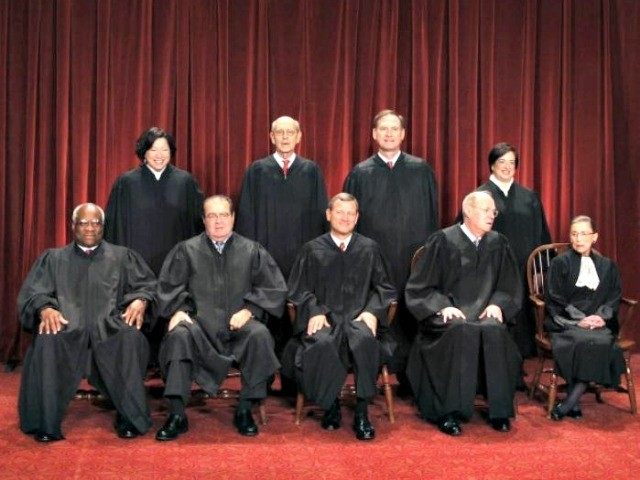 In a monumental ruling (to say the least), the Supreme Court ruled that same-sex marriage is a fundamental right guaranteed by the 14th Amendment of the U.S. Constitution.  Justice Kennedy wrote the majority (5-4) opinion in which he said, “The right to marry is a fundamental right inherent in the liberty of the person, and under the Due Process and Equal Protection Clauses of the 14th Amendment couples of the same-sex may not be deprived of that right and that liberty” (Syllabus, 2.b.4).  In a noble effort to defend their decision he waxed eloquently,

“From their beginning to their most recent page, the annals of human history reveal the transcendent importance of marriage. The lifelong union of a man and a woman always has promised nobility and dignity to all persons, without regard to their station in life. Marriage is sacred to those who live by their religions and offers unique fulfillment to those who find meaning in the secular realm. Its dynamic allows two people to find a life that could not be found alone, for a marriage becomes greater than just the two persons. Rising from the most basic human needs, marriage is essential to our most profound hopes and aspirations” (Opinion, 2.A).

Marriage is a “fundamental right,” a “most basic human need,” and “essential to our most profound hopes and aspirations.”  As such, the 14th Amendment guarantees the right to gay and lesbian couples.

While I disagree with the majority opinion, the reasoning could very well help us end abortion.

The Court assumes the right to marry involves two living persons.  Presumably, a girlfriend whose rich boyfriend just died can’t then marry him to get his death benefits.  The right to to marry applies only to living people.

For that reason, the Court should immediately overturn Roe v. Wade based on the 14th Amendment.  The right to marry depends on the prior basic need for life.  By their own reasoning, life itself must be a fundamental right, a most basic human need and essential to our most profound hopes and aspirations.  After all, dead people don’t hope and aspire.

If marriage is a “fundamental right inherent in the liberty of the person” then life itself even moreso.  (That assumes you believe humans conceive humans as science and society overwhelmingly confirm.)  And if marriage as so defined must not be restricted from same-sex couples then, by the same token, you cannot restrict the right to life from gestating babies.  Liberty good for the goose is good for the gander.  They are as much human and American as any gay or lesbian is.  In fact, they might even be gay or lesbian!  They have a fundamental right as well–a most basic human need–to live, hope and aspire.  Even in the womb they aspire to live and that right is protected, by your own reasoning, by the 14th Amendment.

So, thank you, Rainbow Five.  Change a few dates and terms and the 14th Amendment can now apply to even more Americans who have the fundamental right to live and marry.  We know you would not want to deprive anyone of an inherent liberty afforded them by the Creator and protected by the Constitution.  We look forward to your ruling soon.