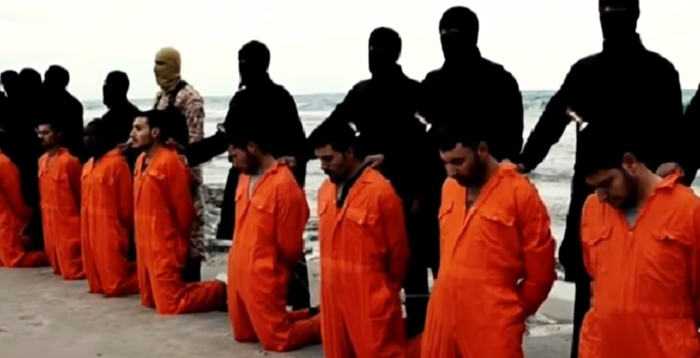 Jesus’ disciples asked him what they thought was one big question (Mt 24.3): When will this world end and the Messianic kingdom begin? Surely, the temple’s destruction (24.2) coincided with the Son of Man’s “coming” (παρουσία) in final judgment to make an end of God’s enemies.

The way Jesus answered their questions, however, corrected their premise. The destruction of Jerusalem and her temple (AD 70) would not necessarily signal Christ’s immediate return in final judgment. What they thought was one cataclysmic event would actually be a two-stage event. The time between their first question (the temple’s destruction) and their second question (Christ’s parousia) would be separated by 2,000 years (and counting!).

The end of the age is an age of the end. The age of the end would be an era bookended by Jerusalem’s earthly judgment (AD 70) and Christ’s return in final judgment. The former served as a preview for the latter.

As Jesus himself faced imminent suffering and death, he prepared his disciples for their imitative life of suffering and death. They would take up crosses, not trophies. Whenever their questions get answered, they should steel themselves for a difficult life of perseverance.

General Characterization of the Interadvental Period (24.4-14)

Before describing the destruction of Jerusalem or the nature of his parousia, Jesus first described what the entire age following his death/resurrection will be like for all those who follow him. Jesus summarized the painful age as “the beginning of birth pangs” (v8). Christians should expect life to get worse, not better, before Jesus returns in any shape or form. The run-up to Jerusalem’s judgment will be paradigmatic or prototypical of every age anticipating Christ’s parousia.

What then should Christ’s followers in every place and time generally expect as they anticipate Christ’s return?

Charlatans and messianic pretenders never waste a good catastrophe. Christ’s followers should expect many “saviors” seeking to capitalize on people’s fear. They will feign power to gain popularity and prosperity. They will promise they’re The One to finally liberate God’s people from their oppression.

And they “will mislead many” (v5). Many will be suckered into a false salvation and follow a false Christ to a real hell. Jesus warned his disciples against being deceived. Anyone claiming to be Messiah most assuredly is not.

Wars and rumors (ἀκοὰς) of wars will define the age of the end. Peace does not sell. People will salivate over the mere rumor of a war. War will be normal. Peace will be suspect.

Jesus comforted his disciples against being alarmed or agitated (θροεῖσθε) (v6). These wars “must take place” so there will be no need to panic or promote apocalyptic hysteria. Jesus will be in full control.

As widespread and wicked as the wars get, they are “not yet the end.” Christ’s followers will need to settle into war as a way of life before his return. Military and political atrocities should not surprise them.

Creation will continue to revolt (Rom 8.19-22). There will be pockets of famine throughout the world. Earthquakes will regularly rock various places at various times.

All the nations (πάντων τῶν ἐθνῶν) will increasingly hate Jesus and take out their hatred on his followers (cf. Mt 10.22; Rev 12.17). There will be no Christian “nation.” People, governments, and institutions will increasingly harass and kill Christians “because of my name.” Because of this persecution, many who claimed to follow Jesus will fall away (σκανδαλισθήσονται). They will be drawn into the betrayal and hatred of Christians, too. They will become exvangelicals who hate what (and who) they once loved.

Not only will Christians suffer external persecution, but many will be duped by false prophets. They will be suckers for anyone offering an easier, man-exalting, so-called gospel (cf. Gal 1.6-9).

During the interadvental age, the lawlessness (τὴν ἀνομίαν) will increase. Jesus doesn’t mean laws themselves will decrease. Rather, the spirit of lawlessness will grow (cf. Rom 1.28-32). There will be no allegiance to natural law, much less God’s law.

This lawlessness will be marketed as “love,” but it will in fact result in lovelessness. Love cannot flourish when everyone does what suits them. Therefore, the love of many (ἡ ἀγάπη τῶν πολλῶν) will freeze up.

Meanwhile, as the interadvental age slithers further and further into abject hellishness, true Christians will persevere to the end. No amount of “birthpangs” will prevent the gospel of the kingdom being preached “in the whole world.”

This mission won’t always be a big tent revival. It won’t be the professionally-branded version of “pop Christianity” sexy people peddle online. The good news of Christ’s kingdom will be gritty and courageous. It will serve as a testimony (μαρτύριον) to all the nations, not entertainment. It will poke a Messianic finger in the chest of every Christ-hater. In spite of it all, the church will thrive and expand her Gentile mission despite every attempt to restrain her.

Jesus will purify and prove every believer. He will sufficiently warn all the nations. Then the end will come.

What Jesus described in vv4-14 is the story of the last 2,000 years and counting. Jesus knew the heart behind his disciples’ questions. And he disavowed any notion discipleship before his parousia would be at all easy. As Acts demonstrates, Jesus certainly characterized the 40 years prior to Jerusalem’s destruction in AD 70, which for any Jew (and especially the disciples) was in one sense “the end.” But that era provided a microcosmic preview of the whole world’s story with its own End.

Jesus will now turn to answer the disciples’ questions more specifically. Without charts.